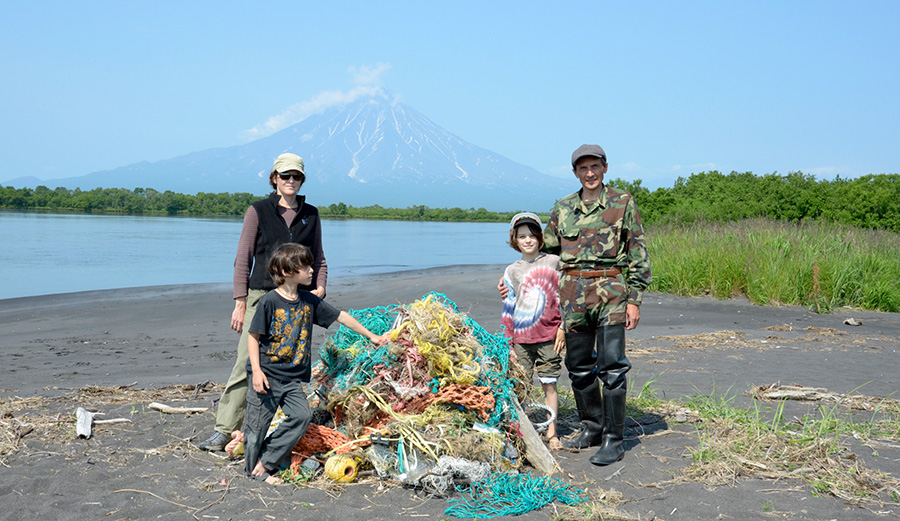 One day in Russia there was the action “Bloggers against Garbage”, on a blogger’s own motion.

In the national park all our team also took part in this action too. We were the first in Russia who started cleaning.

We started at ten o’clock in the morning, when in Moscow it was still a midnight (in Russia, there are nine time zones in general). All my family – two sons, my wife Lora and I began to clean a two-kilometer reserve bank and by three o’clock in the afternoon we finished. A lot of garbage was from the sea, broken networks, twines, many plastic bottles, empty containers etc.

The networks are the most dangerous from this trash collection. All the team of the wildlife refuge remember the sad story about Fox.

Of course, cleanliness is important in human houses. But we should not forget about our nature about wildlife conservation. Bottles from different drinks in the bushes are dangerous lure for small animals which can easily get in them, but they can not get back. The cans are transformed into fatal traps for animals too. In net fragments, ropes, wire coils are dying different animals. E.g. a huge whale, and a little mouse. Human leftovers, can attract bears. These bears are doomed to death in future, because the beasts which tried human food probably will want to try it again and again.

It does not matter how they get it. Every year in Kamchatka a lot of bears are shot for that reason as bears are very close to human dwelling. 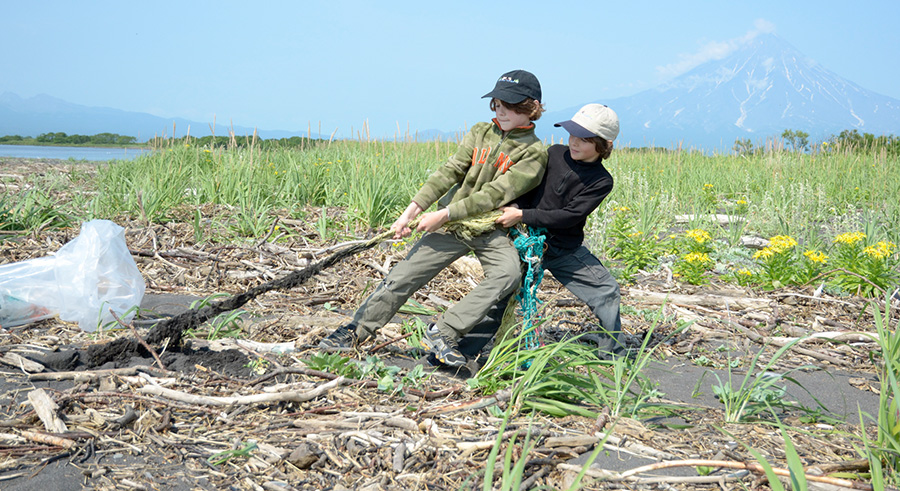 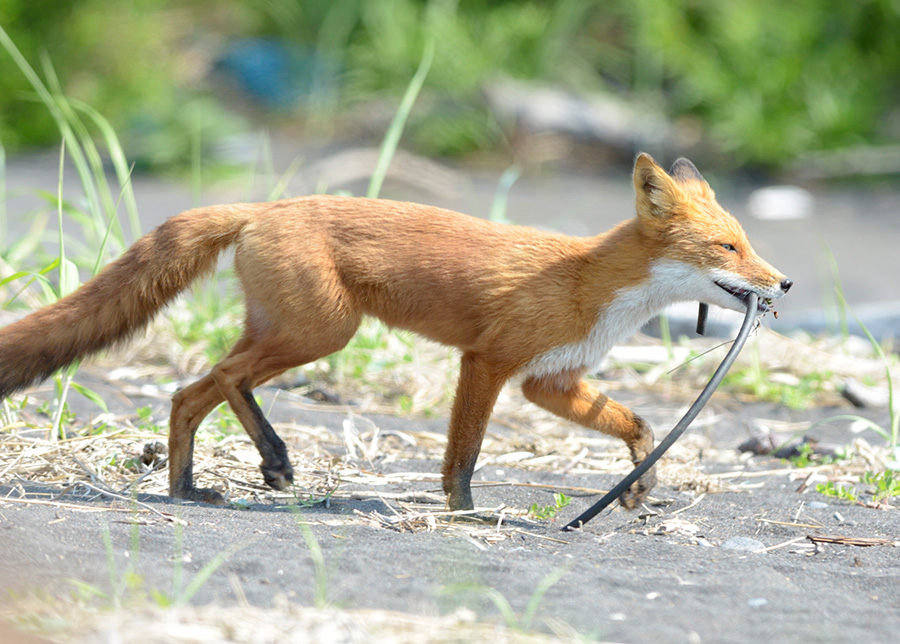 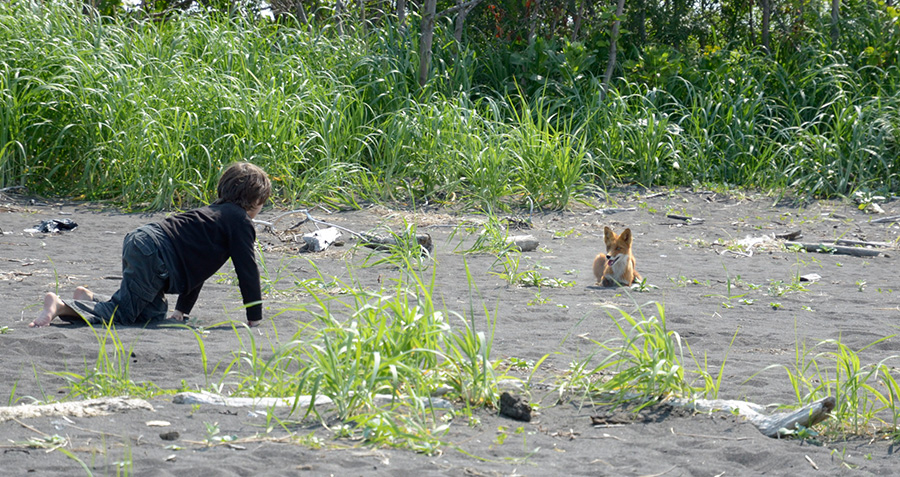 Quite Unexpectedly two beautiful molted foxes joined our rubbish removal Although foxes did not help to clean but they were taking different garbage from bags away. One of the foxes even began to play with the boys. The boys were out of their work for an hour.