Today we would like to introduce a wonderful photographer and naturalist to our readers. Igor Shpilenok devoted his life to national parks of Russia. He is very interested in nature of Russia. The first story from Igor is a story about foxes. The foxes live in the national park “Kronotskiy” which is located in Kamchatka in Russia. 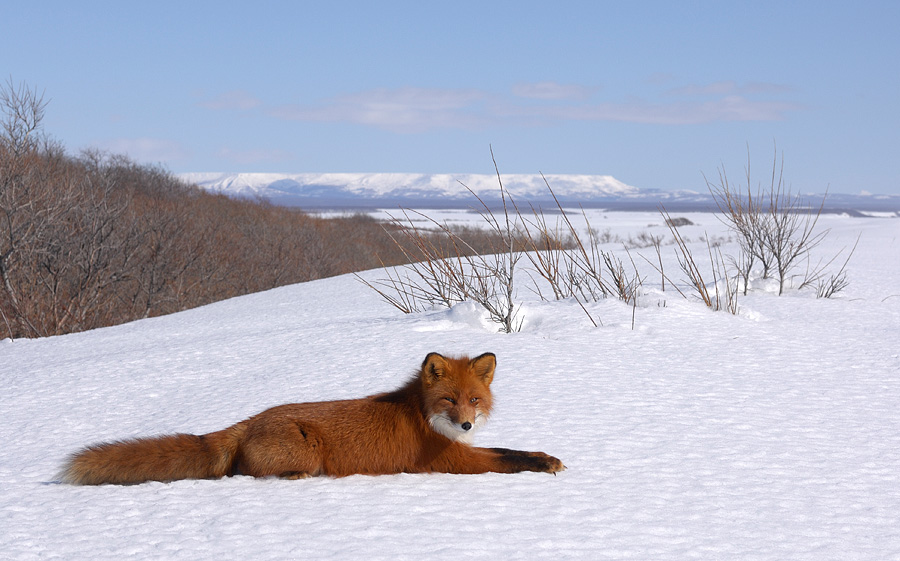 I would like to introduce the fox named Villain to you. The Fox lives in the national park “Kronotskiy-Bogachevskiy” on the Kamchatka. It is a true paradise for red foxes indeed. There are much food there: swans, fish, ducks etc – it’s easy to find food for any beasts there. Any fox would like to live in the national park. But the Fox named Villain is a true owner of this territory. He is controlling this territory in reality.

Sometimes people catch it from Fox too. E.g. I couldn’t stay in a hut on the estuary near his home hole. Fox was constantly on guard. But i hoped i would be lucky enough to watch him and take pictures of him and his Family.

Sometimes Fox Villain manages to sideline the guards of the national park. But these guys are very experienced. These brutal men can survive in difficult conditions e.g. when snowstorms, blizzards are raging. These people are able to find and disarm the gangs and even bears prefer not to meddle with the guards of the park, the beasts don’t want to be hauled over the coals.

But Fox Villain does not want to bear guards presence at all. E.g. when the inspectors were preparing dinner, Fox stole their shoes. And these shoes were not found.

It is very difficult to get to the Kronotskiy-Bogachevsky estuary, but I’d like to photo Fox and his actions. But for some reason Fox refuses to help me out :-). It seems to me that He’s just mocking at me.

But I have time I can be waiting …

Why Did Fox Bring a Float to His Hole? 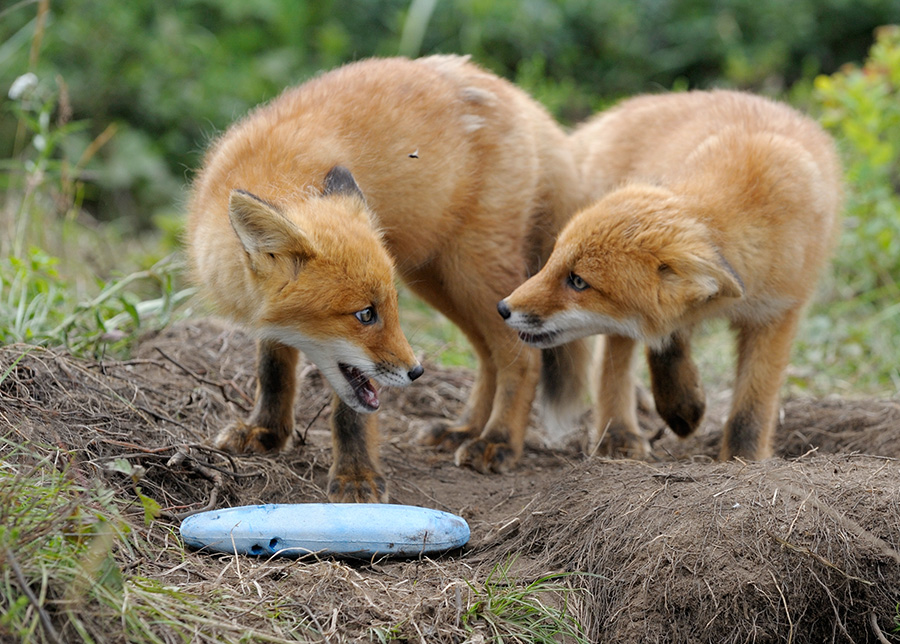 Today some time ago Villain brought a fishing float. I immediately thought that he did that on purpose as a toy for his cubs. Perhaps, zoologists don’t agree with me. But I think I am right I already took some pictures of cubs playing near the hole before. In my opinion The goal of the game is to possess this toy. There are many such Floats with fox teeth prints on the beach. 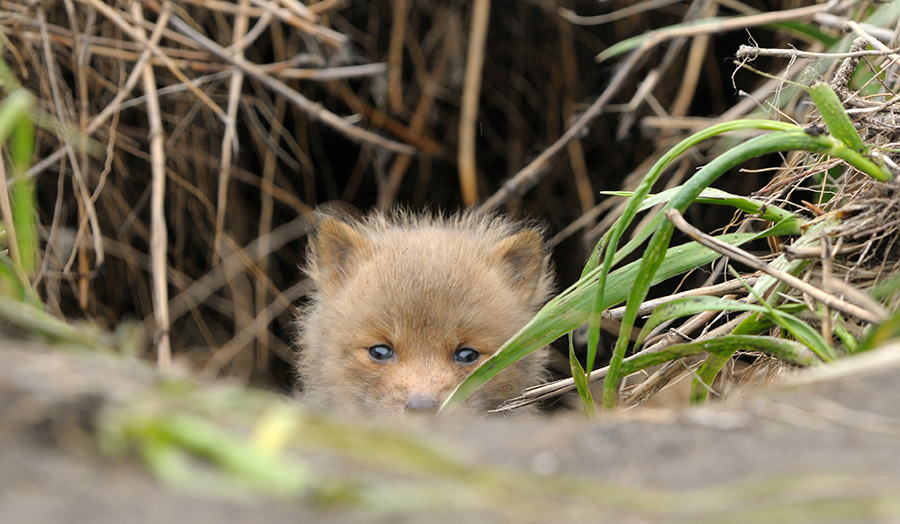 Today early in the morning I decided to visit Villain’s family: I noticed a fox cub near the hole. I was going to take nice pictures. Little impatient cubs did not make me be waiting. I saw fox eyes and ears. There were some cubs in the hole – I saw four fox cubs at least, they were in the hole but I supposed there were 5 fox cubs in general there.

Indeed my Fox is the first in everything!! 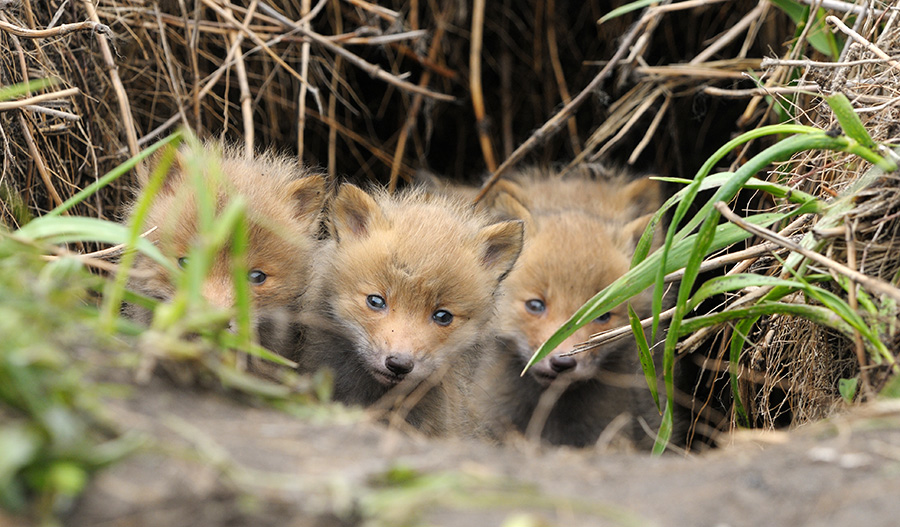 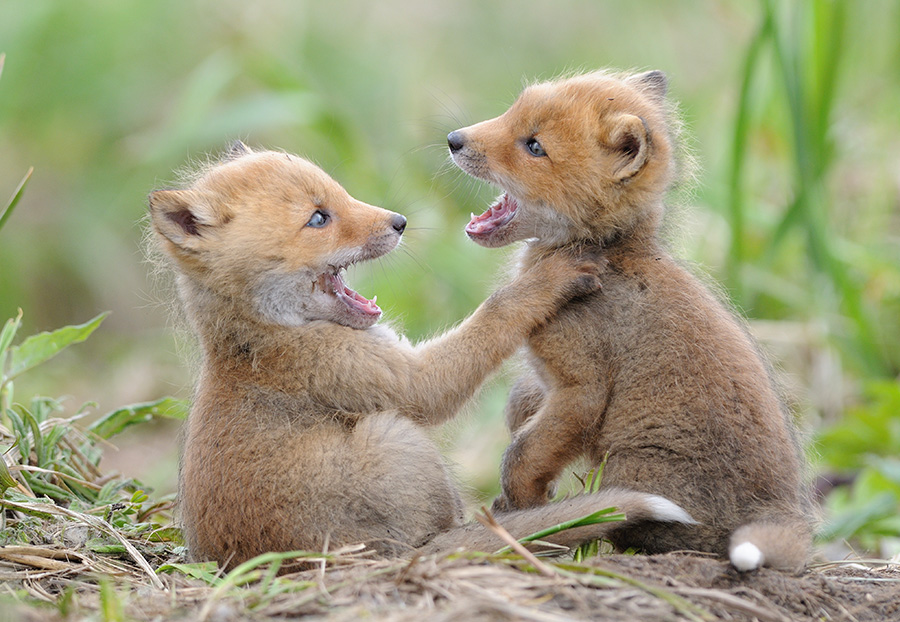 There is a spring in the national park: it is very good temperature – more than ten degrees Celsius, no mosquitoes, a lot of green colours. I have a lot to do – I have no time to rest at all, Business couldn’t wait!

After my hike to the lake, I visited the fox family. The foxes had not five cubs but nine ones! Really Great! And all the cubs were very tidy: the parents were caring of their cubs very well.

I desperately had no time to edit my photos indeed. I decided to do that somehow- someday. 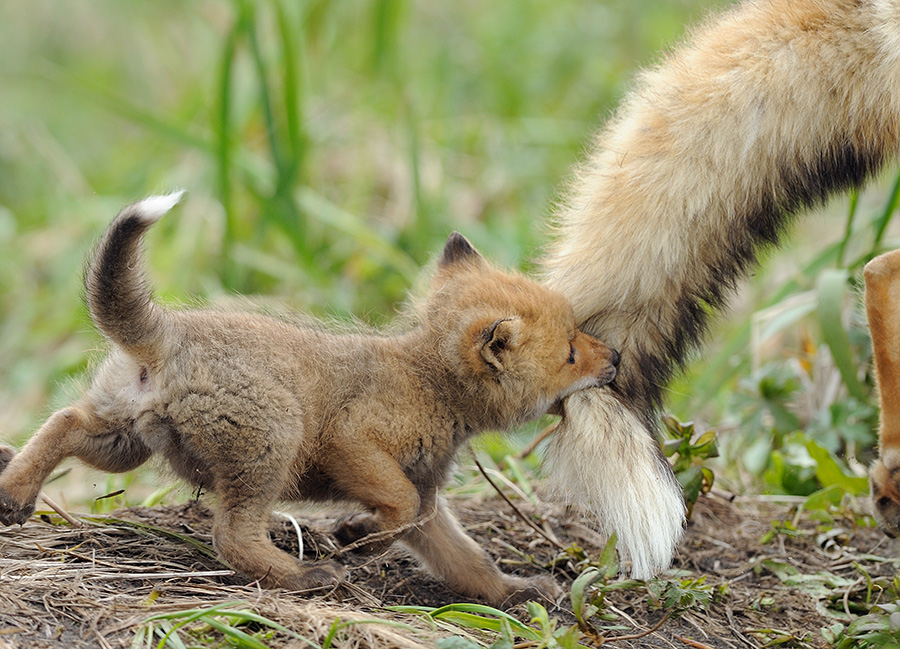 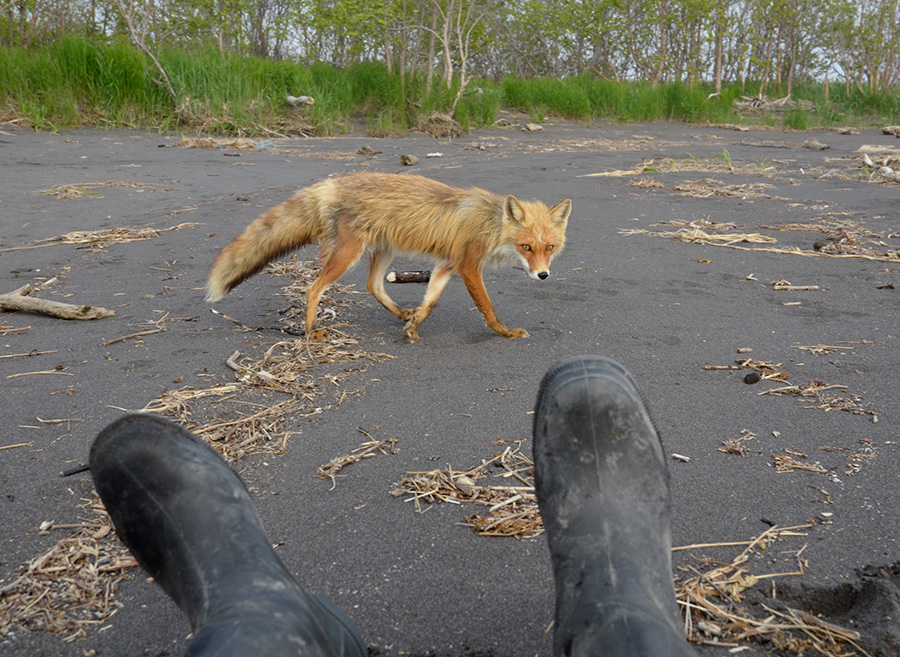 From a distance, I saw Fox who was in a hurry – he was bringing a duck to his family and his cubs for dinner. I was going to photo him with his prey. But it was not so easy to take pictures of Fox – he smelt me and his prey was hidden immediately in the heavy undergrowth, and Fox appeared in front of me already without his prey. He was slowly walking several times almost at my feet – just near me he was posing for me indeed, I was taking photos, Fox was acting as if he knew my thoughts.

He was pretending that the duck did not exist at all.

The bad news from the Estuary

The photos and story are by Igor Shpilenkok.